Named after Peter Lalor, leader of the Eureka Stockade rebellion in 1854, the electorate of Lalor is a diverse and growing community.

Like Ballarat during the gold rush, Lalor is a place of opportunity, a place where settlers from around the world come to test their fortunes and make their homes. It is a place where the diaspora comes together to create a unique mixture of culture and language, and where traditions are accepted, created and cherished.

As the home of the Wathaurung and Boonwurrung people, it is a place that encompasses both old and new.

Little River and Werribee were established by early settlers as stop over points, while newer areas of Wyndham Vale, Williams Landing and Tarneit are rapidly expanding.

Lalor is a place of breadth. It extends, as the Werribee Football Club song describes, from the playing fields of Melbourne to the sands of Chirnside Park.

Industry in Lalor is a mix of manufacturing and production, market gardening and farming, as well as tourism and services. 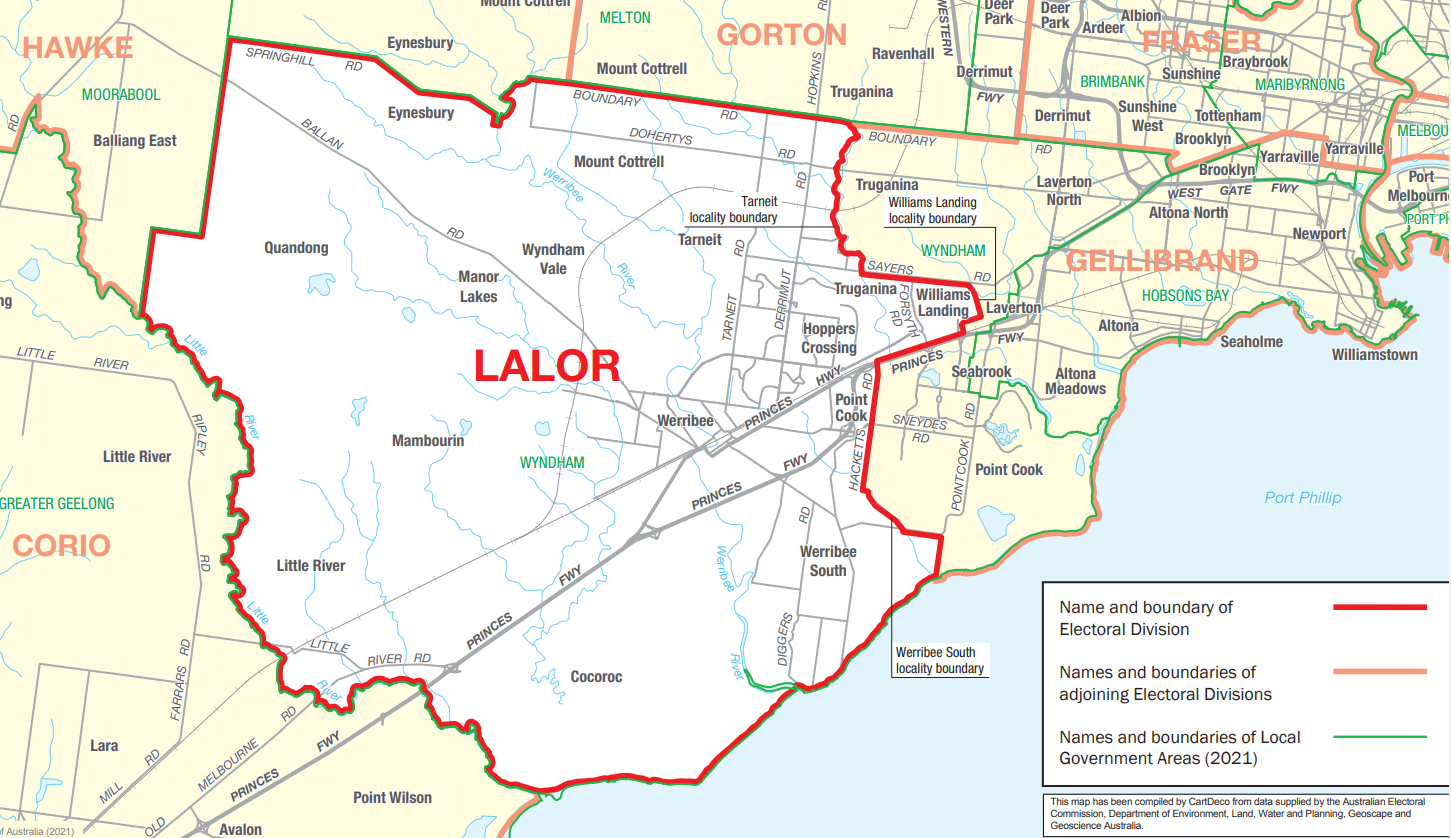