I've had a number of people ask about what I do as the Member for Lalor, and what the duties of a Whip are. So in this post, I'll give a brief summary of each of my roles:

Often referred to as the lower house, it takes its name from the fact that it is the chamber where the “Local Members” do their work. That is, the Members of Parliament directly elected to represent a geographic area (electorate)– I am the member for the electorate of Lalor which includes most of Wyndham and some parts of Hobsons Bay.

It's my role to represent our community in the Federal Parliament. This could be through debating issues affecting every Australian like education and health, as well as talking about the concerns of local residents.

The upper house is called the Senate and its members are Senators. They are elected to represent their state or territory. There are 76 senators, 12 from each state and two each from the Australian Capital Territory and the Northern Territory.

The role of a “Whip” in the House of Representatives

The Parliamentary website offers this definition for whip;  “a party manager in Parliament who is responsible for organising members of his or her party to take part in debates and votes, and who assists in arranging the business of a house of Parliament.” 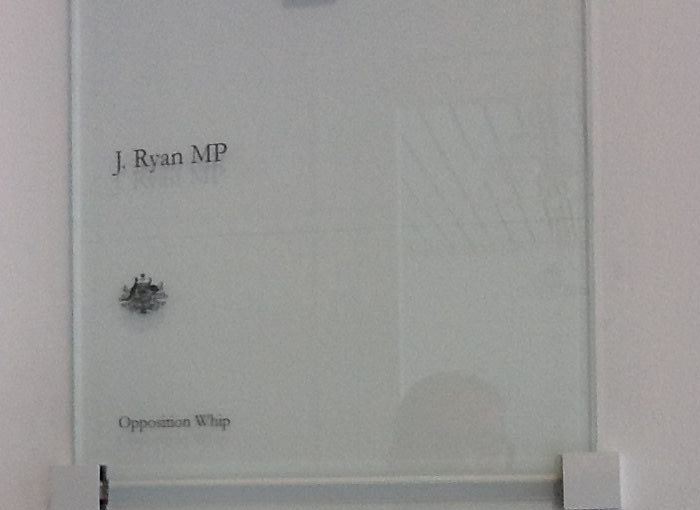 The Government and Opposition each have a Chief Whip and two Whips. I am an Opposition Whip. My roles include ensuring members attend Parliament when they are required and know when they are scheduled to speak or debate an issue. As a whip I am also a counter when divisions (votes) are called. The votes are called divisions because members physically move to the “yay” or nay” side of the chamber to cast their vote. They take a seat on the appropriate side of the house and the counters – two whips from each side - mark down the names of the members to register their vote. I count the opposition votes with a whip from the Government’s side.

I love hearing from you! If you have any questions that you'd like answered, please let me know via the comment section below or at [email protected]